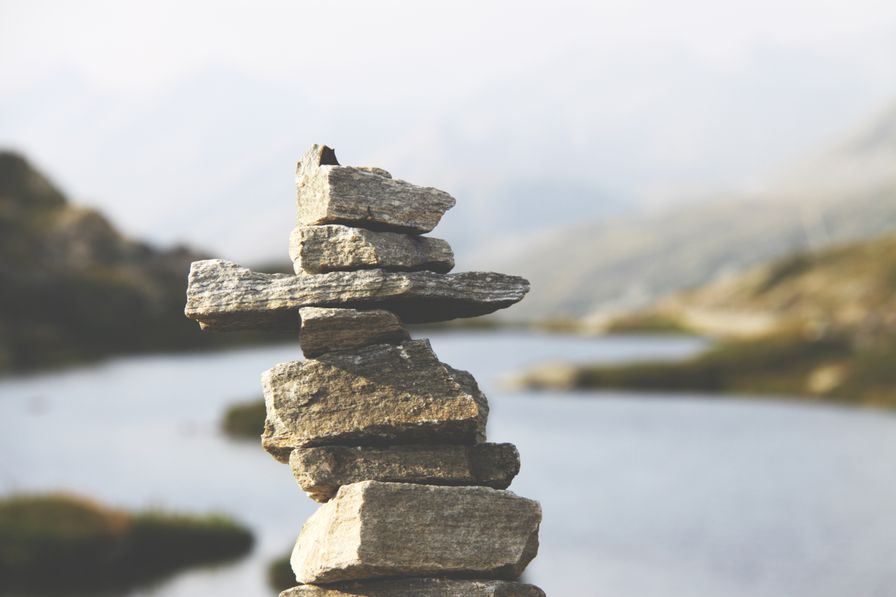 It is now a week since Marc had the operation on his foot, and so far, all seems well. He was at the hospital all day until I collected him at around 7pm, but thankfully was able to come home. I was so happy that he didn't need to spend the night at the hospital, which would have been bad for us all mentally. I think, despite their minds being fairly easily distracted, both Daniel and Amy were concerned about him. Dan wanted to know exactly what he was having done, how long it would take and when he was expected to come home. He's very precise and likes to know every details about everything. He also doesn't like it when things don't go exactly as planned. Amy is usually more laid back, but the first thing she asked when Linda brought her home from school was if her daddy was home yet. When he wasn't, she looked worried.

It is no surprise that they were concerned about their dad, having had the experience of him being away from home for over three months when he was in hospital in 2014. In total, they went four weeks without seeing him at all, and even when they did get to visit him it was on a hospital ward, an unpleasant place to see your dad, especially when he's in a bit of a state really. We had to explain what had happened to him in the simplest of terms, attempting not to frighten them while making sure they knew enough to make some sense of what had happened. Before their first visit, we thought very hard about what to tell them about why he looked the way he did and what all the tubes and machines were for. Even when prepared beforehand for what they were going to see, it was difficult.

But I'm jumping ahead again. The children didn't see their dad until he was off the Drager and down to as few tubes as we could possibly manage. It was a careful balancing act as to when the best time would be, and who would be there to support with it, as I didn't feel I could do it alone: support Marc, Dan and Amy, as well as keeping myself on an even keel. It was difficult to strike a balance of the children's need to see their dad, the undisputed benefits of him seeing them in terms of lifting his spirits and aiding his recovery, with ensuring that we didn't disturb or frighten them with how sick their dad looked.

But before all of this could be considered, there were a few more hurdles for Marc to jump. When I received the call to say that he was off the Drager I was thrilled. I visited him that day with a real joy that, finally, he was making strides on the road to recovery. When I got to the hospital, the Drager was still sitting next to his bed but, for the first time in a long time, he was not hooked up to it, nor was he attached to the larger ventilator. He was truly breathing unaided, the only support he still had was a little oxygen administered through a small mask which covered his nose and mouth.

The trache was still there, but there was nothing attached to it. No tube at all. I was told that if all went well they would remove it altogether in the next couple of days, as long as Marc proved that he could breathe independently on a continuing basis. The trache had been preventing Marc from speaking, as when a patient has a trache in place it contains a cuff inside the throat which inflates and prevents air from travelling up the throat and into the mouth. We need this air flow to allow us to speak, and with the trache in place, Marc was unable to make any sound.  I believe that he could have spoken to me at that point, had he covered the hole in his neck with a hand to block the flow of air from escaping his trache and allowing it to move upwards to his mouth, but he didn't. Either no one showed him how to or he didn't have the strength to sit with it covered and focus on speaking to me at the same time.

Anyway we passed a fairly happy visit in the knowledge that Marc had conquered the Drager and was one step closer to getting out of Intensive Care. I'm certain that I spoke to him about the children and how they would soon be able to come in and see him. I wanted to check that he was ok with this, as I wasn't sure how he would feel about them seeing him this way. It was a big decision to make, and even at the point when they did visit, I'm not sure if I truly knew how Marc felt about them coming. He obviously desperately wanted to see them, but at the same time did not want to scare them or distress them when they saw him in his current state.

Looking far from his best

Whilst he was certainly better than he had been a few weeks before: he had been moved to a different bed further down the ward (a sure sign that they weren't as worried about him as he was no longer right under the nurses' noses); he no longer had a dedicated nurse to himself, usually he was paired with another patient with a nurse to work between the two beds and he was now rid of the dialysis machine, the Bair Hugger blanket, the ventilator, lots of the drugs and fluids which had been sustaining him. That said, the children had not seen him at his worst, and he was still looking far from his best.

We decided we would plan a visit one afternoon and bring the children, with the support of my mum and dad or Marc's mum. A visit now would allow them to see him with the minimal number of tubes possible, and hopefully frighten the children less. I had not really asked the hospital staff much about the children being allowed in to see Marc, believing what I had initially been told about children not being allowed into the ITU, but eventually the doctors and nurses began to bring up the idea. I think they believed that Marc would really benefit from seeing Daniel and Amy. They hoped that it would alleviate some of his depression, give him hope and spur him on to a speedier recovery.

But neither Marc or myself wanted to frighten them. Most of the decision making fell to me, as Marc wasn't really able to communicate in any depth, only nod or shake his head slightly, shrug and use his facial expressions to convey emotion. Eventually I decided that, with careful handling and explanation, the children would manage a short visit. I only hoped that Marc truly agreed with my decision and would not be angry later that I had brought them in, especially if they reacted badly to seeing him.

In the end we decided that they would visit on a day when I knew the nurse looking after Marc well. We planned for Linda to come with us, mostly staying outside in the waiting room so that I could bring the children out if they became worried or wanted to leave. I explained that Daddy had a small tube up his nose, which was making sure he had food, and that he wasn't able to move very much at the moment because he wasn't strong enough. I don't remember what else I told them.

We set off for the hospital that day, a journey I had now made around sixty times alone, and I felt more terrified than I had done for a long time. With no idea how the children would react to the strange, alien place that was the ITU, or the fact that their dad didn't look anything like they were used to, I drove to the hospital that day with a huge feeling of trepidation, wondering how they would react.

> Either no one showed him how to or he didn’t have the strength to sit with it covered and focus on speaking to me at the same time.

I don't think I was really strong enough to hold my arms up at this point so it probably wouldn't have been an option, but I never recall being told why I couldn't talk until they'd taken the tube out. With hindsight, it would have been nice if someone had explained why I couldn't talk (i.e. due to the tracheostomy) as I think I thought I had permanently lost the ability to do so. 😦

I'm so sorry you thought that. I had no idea. I think sometimes they were explaining things to me and I assumed that I was communicating everything to you in return but perhaps in my fragile mental state I didn't manage to convey everything. Either that, or you were told but didn't remember or retain it. I found the whole Drager / trache / ventilator situation very distressing throughout so it's entirely possible that I didn't fully understand it all myself at times! xx

How horrendous for Marc thinking he'd totally lost power of speech! Sounds like u got the balance right about the kids seeing their Dad. Daniel seems 2 take after u by the sound of it! Delighted that recent op went well and progress is good. Best wishes to you all.x

Thank you Pauline. Yes I didn't realise that he didn't know. Bizarre to think he was silently fretting about things, despite all that we did to try and consider how he might be feeling. Yes, Dan is very like me!