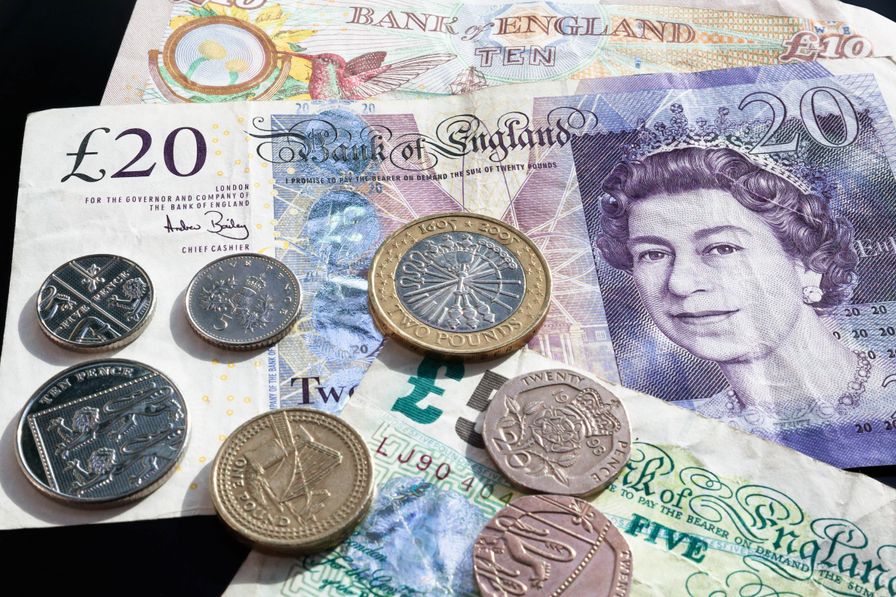 It's all about the Money

If thinking about contacting friends to let them know about Marc's illness was difficult, starting to consider the financial side of things was even more of a challenge. The last thing I wanted to do was look at bank balances or insurance policies. But I quickly realised that facing this kind of thing was important.

I began by speaking to Marc's boss again. Richard was lovely, considering I had never met him, and expressed nothing but concern for Marc and I, telling me not to worry about work at all. He did put me in contact with a woman from the HR department at the BBC, and she and I began to email one another and have some conversations over the phone about where Marc stood in terms of work.

Finding out what the future held in terms of Marc being seriously ill and potentially, though I don't like typing it, dying, was imperative. We did have wills, but they had been written years before our marriage and the birth of our children, when we had first bought a house together, and simply stated that if either of us died, all our possessions would go to the other person.

I knew that Marc had life insurance that would at the very least pay off the mortgage, and some kind of additional sum, but I had no idea how much that would be. I also knew that the BBC would pay out an amount in the event of Marc's death, but again, I was pretty hazy on the exact figures. You don't imagine, at the age of thirty seven, after only eight years of marriage, that you will have to face this kind of catastrophe.

The call to HR told me that Marc was entitled to three months of sick pay, because he had been working at the BBC for less than two years. This was a concern, because even though he had only been ill for a matter of days, his condition was so severe that even if he did fully recover, it wouldn't happen quickly. The HR manager was extremely supportive however, and told me just to keep in touch in terms of Marc's condition, and we would reassess the situation later on.

She also referred me to a company which the BBC worked with who would possibly be able to help me with more of the financial and practical things as Marc's hospital stay continued. All I had to do was get regular doctor's notes from the hospital to cover the official requirements Marc's illness triggered with his place of work. This was not too large a chore, and the ITU nurses (as usual) were so helpful in tracking down the extremely busy ITU doctors to sign the appropriate form for me.

The previous year, our current mortgage term had ended and we had remortgaged the house with the advice of Danny, a friend of mine's father. He had also helped us to organise the relevant insurance policies to cover the mortgage, and advised us on other policies we might have in place. Prior to this, Marc and I had never had any Critical Illness cover, believing it to be irrelevant and unnecessary while we were young and fairly fit. (How wrong we were!) However, we had decided to take out some Critical Illness cover to give us more security now we had two children to consider as well as ourselves. Danny got in touch as soon as he heard about Marc's illness, and immediately offered his help in sorting out any financial form filling or contacting insurance companies regarding any payouts.

He reassured me that, should it be necessary, he would take care of contacting the insurance company for me. He also, extremely helpfully, knew the exact terms and conditions of the policy, and said that we were entitled to a small amount of hospital cover. This meant that for every day that Marc was in hospital, we were able to access an amount of money to cover costs like travel to and from the hospital for visiting, car parking fees (I ended up with a kind of 'frequent flyer' pass for Warrington Hospital car park I was there so often), childcare costs and all the small amounts which are associated with having someone close to you in the hospital for a prolonged period of time. Arranging the amount relied on more forms being filled in, but Danny accessed and printed them for me, as well as helping me to fill them in correctly. All I then had to do was ask a doctor at the hospital to fill in a section for me.

This form was larger than a simple signature on a sick note, and I felt awkward asking for anyone to take time out of their busy routine to complete it. In the end I asked Laura, the female doctor who had been one of the first to deal with me, and fed back to me after Marc's initial operation. She was very approachable, young and friendly, and despite me feeling guilty for making such demands on her time when she had so many sick people to care for, was happy to help me in any way she could.

I gave her the forms when I saw her close to the start of a visit, and she brought them back to me before I left. I suspect she filled them in during her break. She seemed keen and happy to help me in any way she could, and I think it was because she felt relatively helpless in the traumatic situation I found myself in. Once Marc's life had been saved, his recovery was slow and arduous, and nothing could be done to speed it up. Again, I found that Laura, like so many others in the hospital, wanted to do nothing more than help me out in any way possible during such a difficult time.

I didn't let myself think ahead too much. My good friend Clare recently told me how scared she was for me during those first few days, believing that Marc would die. How she couldn't concentrate at work for worrying about what would happen to me. How her boss let her take some time off and she spent it scouring the internet for advice on what to do to help. She even went as far as to call the Citizen's Advice Bureau to ask what rights and benefits I would be entitled to if I suddenly became a widow. I cannot express how moved I was when I realised she had done that for me.

Thankfully she didn't have to support me through Marc's death. But there were other worries though, ones I didn't even want to contemplate in the midst of all the chaos. Ones which, looking back, might have paralysed me with fear. The possibility that Marc would survive, but have massive ongoing health problems. Have to have limbs amputated. Be constantly fed through a tube. Have ongoing mobility problems, the cost of which might well have been huge.

And while Marc does have ongoing issues, thankfully in the long run they have not been horrendous. We have coped. They could have been much worse. But what we have been through to get to this point has been extremely difficult. I'm glad when I look back that going into Marc's recovery, I knew nothing of what we'd have to cope with. Because I'm not sure I'd have been able to cope, knowing. But, not knowing what was ahead, and taking one day at a time, I did cope.

Somehow I found the strength to get on with organising  things. The cooker had broken the week that Marc became ill, and where I would usually have left it to Marc to sort it out, I surprised myself by calling a local repairman we'd used before, and the cooker was fully functional again by the following day. I have a minor phobia about phone calls: I detest calling people I don't know. I have been known to postpone calls to the bank, the estate agent, the insurance company, even a takeaway, and wait for Marc to do it, simply because I hate beginning a conversation on the telephone and often find I get completely tongue-tied.

It's a ridiculous fear, I know. I'm quite a confident person generally. People who know me might well be surprised to discover that such a tiny, insignificant thing as a phone call makes me so nervous. But it's the truth. At such a stressful time, however, when Marc's life was at risk and things were truly terrifying, a simple call to a tradesman didn't seem so daunting. And, let's face it, I had no one else to do it for me. So I just got on with it. Sometimes I feel like the most traumatic situations can bring out the best in people. Somehow, you are just able to cope, because you have to.

So many people have told me since Marc's illness how strong I am, how well I coped, how I am (I hesitate and cringe as I type this it makes me so uncomfortable) inspirational. I say this not to brag, because I don't see myself like that at all. Because I truly feel like, if it happened to you, you too would find the strength from somewhere to cope. Because you wouldn't have a choice.

Perhaps if I had not had the children, if Marc and I had been simply a couple with no one depending on us, I might have behaved differently. I might have fallen apart, sobbing into the sofa night after night. But that simply wasn't an option. There were two children who needed me. Children who I didn't want to frighten. Who I had sworn from the moment of their birth to protect. And protection, in this case, meant carrying on in as normal a manner as possible, so as not to terrify them. Which meant hiding how terrified I was.

I couldn't allow myself to sink into a pit of depression. Ignore and neglect Daniel and Amy while I spent hours weeping at Marc's bedside and shouting curses at the sky. So I got on with things, taking one day at a time. And I firmly believe that if you found yourself in a similar situation (and I sincerely hope you never do) you would too.

Passing on the Message

As the saying goes, "you never know how strong you are until being strong is your only choice" and you mastered it. Xx