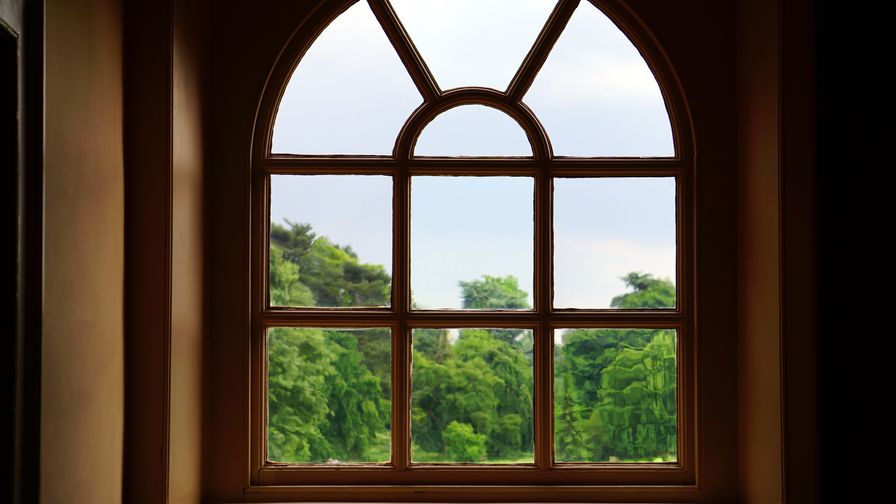 Happy New Year! Apologies for the lack of communication so far in January. I've decided to write a new post once a fortnight now, so my tale will continue at a slightly slower pace. That sort of suits the story though, as once Marc moved to his new ward, things did progress quite slowly as he began to adjust to his new surroundings and continued to recover.

In mid-August 2014, at around 10.30pm, Marc was pushed out of the ITU and through the corridors of Warrington Hospital until he reached his new home: Ward A5. I didn't visit until the next day, and found it extremely strange that my feet were taking a different route through the hospital after being so used to retracing my steps to ITU each day. It was closer to the hospital entrance, so a shorter walk at least, but this gave me less time to mentally prepare for seeing Marc each day, and I did have to mentally prepare, as often Marc's mood was a sombre one, and I felt like I always had to be cheerful and upbeat to keep his spirits up.

A window on the world

There were many other differences between the two wards. For one, it had windows which could be seen out of (in ITU the windows are opaque and the rest of the world is completely locked out). This was a welcome change, as the world of ITU often felt very 'removed' from the real world. Being able to see out from the ward towards Lovely Lane, though the petrol garage across the road was hardly a beautiful view, made it easier to relate to 'normal' life again, for both Marc in the bed and me as a regular visitor. Windows were definitely a positive difference.

Sadly there were many negative differences too, and this is in no way meant to be a criticism of the NHS or the staff who work on the wards there. It is simply the way things are at the moment, in what is clearly a struggling health system. In A5, the beds were far closer to each other and 'other patients' intruded on each visit. By that, I mean that in ITU the curtains and the distance between each bed, plus the severity of the illnesses in there meant that you hardly noticed that there were other patients. In A5, you couldn't miss them. Each bed had limited space around it, so at visiting time we had to be far more aware of squishing the visiting chairs close into the bed to ensure that the visitors to the other patients had enough space too.

The ward was far noisier in many ways too. Whilst ITU had been filled with the sounds of bleeping, whirring machines and buzzers on the many different types of medical equipment, it also had a certain strange peace borne of the fact that most patients were too ill to speak much, if at all. Also, even the visitors spoke fairly quietly, out of respect for how ill the other patients in the ward were.

A5 was just filled with general everyday noise. Conversations taking place between the nurses and auxiliary staff on duty, between the nurses and patients, between the doctors discussing cases and instructing student doctors on their rounds. Beds and wheelchairs being moved up and down the wards by porters, visitors chairs being dragged around to the various different bays, the meals trolley bringing up food to be distributed, mobile phones ringing, televisions or radios being watched by the different patients. The list of noises goes on and on. The hustle and bustle of the ward, especially during the visiting hours where so many different people come and go, was non-stop.

Marc was in a bay with five other beds, most of which were occupied. The bay was mostly full of older men who were waiting for or recovering from surgery. Marc was always by far the youngest one in there. Coupled with the fact that he could still not move independently, it made for a difficult time. He had very little in common with the other patients in there, most of whom were at least twenty years his senior. He watched, frustrated, as many of the other men in the ward were able to get up and walk to the bathroom when they needed to. He waited for the single nurse in charge of his bay to come and administer drugs, to empty his catheter and stoma bag, to bring him a cup of water or adjust his bed when he was uncomfortable. He could do none of this himself. He would often press the buzzer to alert the nurse that he needed something and she would be unable to attend to him for several minutes, sometimes up to twenty.

I always have to remind myself that, when he left ITU, Marc was unable to get out of bed and walk anywhere. He could barely move his arms. He spent many hours feeling extremely frustrated in his new ward, as he could not possibly get the same level of support from the nurses there as there simply weren't enough of them. Marc still needed a lot of help though: his legs were still supported by special air-filled supports which whirred as they filled and deflated, ensuring that there was a constant blood supply to his feet and that he didn't get blood clots. He was still on a fair few drugs, and sometimes in pain. He bitterly resented not being able to do anything for himself and hated being dependent on others for everything. He was extremely bored because he couldn't even really hold a book or a laptop for any length of time without his arms tiring.

I was constantly afraid in those first few days in the new ward that Marc's condition would suddenly deteriorate and there would not be anyone there fast enough to save him. I don't believe, looking back, that he was in any major danger at that point, but the way he had first become ill, so suddenly, without warning, makes me fearful to this day of him becoming so ill so quickly again. I worried that he would die before anyone got to him to discover anything was wrong. It sounds melodramatic, but whenever Marc is ill now I worry about him far more than I used to, and I don't think that will ever change.

It didn't help that he was back on the ward where he had first started when he came into hospital. He was right back in the place where I had first been called in the middle of the night when he had crashed and been taken to ITU at 3am. The isolation room where he had first been housed was right across the hallway from the bed where he now lay, and to begin with my mind was filled with horrific memories of that night every time I entered the ward.

Seeing the positive side

But despite these new surroundings and different challenges, there were other positives. The children could now visit Daddy in more 'normal' surroundings without all the strange machines and equipment that frightened them. Visits were limited to an hour at a time, which meant that the children could be fairly easily entertained and Marc got to see them feeling more comfortable and more like themselves. It also took a bit of the pressure off me, as I no longer felt required to sit with Marc for up to three hours at a time, a task which some days had become a real challenge.

But I felt guilty. I'm sure Marc won't mind me saying this, but I found the extremely long visits in ITU very difficult some days. It was a massive relief for me not to have to try and think of things to say for such a long period of time each day, when Marc had little to add to the conversation. I can't imagine what it was like for him, being in the ward hour after hour by himself, but at least now there was more going on around him: other patients he could actually talk to, people being taken away for and brought back from operations each day, nurses and auxiliary staff who would keep up a cheery chatter throughout a lot of the day and regular daily visits from doctors and physiotherapists in what was a much more normalised environment. I think it took him a while to adjust, but somehow he managed it.

The biggest task of his first few days in A5 was the purchasing of a 30-day subscription to the bedside phone, television and radio package, which at least meant that during any idle hours Marc was able to be entertained in some way. Deciding how long the package should be was the most tricky part. We hoped Marc would be home with us in less than a month but, in reality, that was fairly unlikely. The television came as a real relief in terms of occupying Marc's time. I could even call and speak to him if I wanted to, although I didn't do this too often to begin with.

And with this began a new era in the story of Marc's recovery, one which was no less frustrating than the one in ITU, but was definitely different, and filled with a whole host of new challenges, beginning with Marc adjusting to being back in the real world once again.

Very much a case of mixed feelings- understandably. The phrase re your feet finding themselves on a different path really highlights your sense of being on autopilot!
All the very best 2 u all 4 2017!

I certainly was where the hospital was concerned. It became like a second home to me! All the best to you too Pauline. 😃