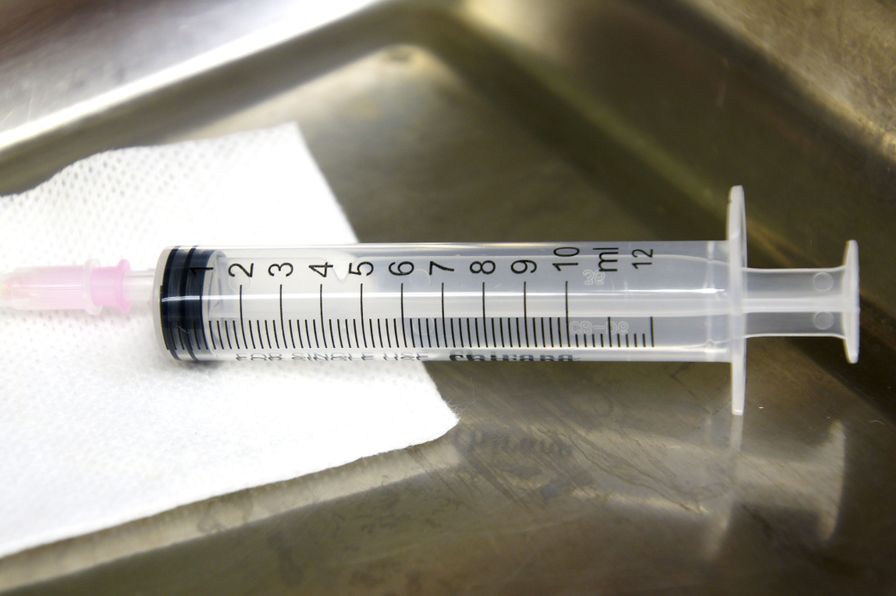 As Marc settled into A5, he began to adjust to his new surroundings. The nurses in the ward were mostly excellent, and the sisters I met were amazing: organised, compassionate, experienced, sensitive. With so many patients and so many different daily needs to attend to on such a busy ward, they had to be. There is only ever one sister on duty per ward at a time, and when you consider that A5 had four different bays filled with six beds each, plus several separate single rooms, that adds up to a lot of patients! But somehow both of the sisters I got to know managed to supervise the nursing staff who looked after the patients' needs; organise the auxiliary staff who brought meals and did less 'medical' jobs; keep tabs on the doctors while they did their rounds and generally have an awareness of the condition and treatment of every patient in their care. I was totally in awe of them.

Marc was still incredibly immobile when he first arrived in A5, and this meant he was a lot of work for the ward staff, but I never heard any of them complain. Marc is generally an extremely polite, respectful man, and most of the staff didn't mind attending to him because he would always thank them (not everyone does), and was prepared to wait for what he needed if necessary. Many of the ITU staff came down to visit him in A5, which I think is a real sign of how attached they had become to him. ITU, they tell me, is a difficult place to work, because there is very little 'given back' from the patients, as they are often unconscious or too ill to be very communicative. Quite frequently their patients are removed from the ward quickly, having been in ITU simply to recover from an operation or to have a specific drug administered. Sadly, many of the patients do not survive, as was so nearly the case with Marc, which means the ITU staff don't even get to know their patient at all. For these reasons, nurses in ITU get very few chances to form any kind of bond with those they look after.

So the fact that Marc had spent so long in ITU, and been able to communicate with the nurses towards the end of his stay, meant that they were quite fond of him. He was, of course, one of their 'success stories': they had taken him in when he was severely ill and saved his life, then nursed him back to health to the point where he was able to be transferred to an 'ordinary' ward. This was a major thing for them, and I know a lot of them were anxious to see how he adjusted to life in a ward where he would get far less attention from the nursing staff. Also, I spoke to quite a few ITU nurses and they all agreed that they rarely got to see the result of all their hard work and care. Once a patient has left the ITU they are moved somewhere else or go home, and the staff don't know what happens to them after that. Unless they have a return visit to ITU (never a good thing if they are going back as a patient) the doctors and nurses who cared for them have no idea what has become of them. I think that being able to pop in and visit Marc on their way around the hospital was really nice for them - they could see how much progress he was making.

It took a long time for me to see that progress though. I still visited Marc most days, although I knew that my summer holiday was coming to an end, and that soon I would have to make a decision about whether or not I would return to work in September, which would undoubtedly affect my ability to visit him. My visiting patterns in the new ward were quite different though. For starters, the children often came with me. Every visit was only for an hour, although it was possible to visit twice a day, once in the afternoon and once in the evening, if you wanted to. I took to carrying around a 'hospital bag’, filled with supplies I regularly needed when we visited. It was put together over a long period of time, but contained some books and games to entertain the children during the often non-thrilling visits, a cardigan in case it got cold, a few snacks, the book I sometimes read to Marc, a bottle of water and whatever treat / snack / card or gift I had bought or received that day for him.

When I visited, the first thing I took to doing was plugging his phone in to charge, because he simply couldn't reach behind the bed to do this simple task himself to begin with, and asking the nursing staff to take care of charging his phone regularly seemed too much to ask. Not that he was calling or texting me much: he was still fairly exhausted by even simple tasks like sending texts, but he was using his phone to surf the internet each day to help pass the time, and this drained the phone of its charge. If I remembered to plug the phone in at the beginning of a visit, it was usually almost fully charged by the time I left. Woe betide me the times I forgot, as I would have to leave it plugged in behind him when I left, meaning that he would have to wait until I returned at the next visit to unplug it, or ask a member of staff to do it for him.

Every day I tried to take him some kind of new drink or snack to try and tempt him to eat. He was still hugely skinny, and despite ordering meals from the hospital canteen, each day, he wasn’t putting on any weight. In truth, they often made him sick. His appetite was still incredibly small, his stomach struggling to adjust to eating solid food again. Add to this the fact that the hospital food was not great, and it isn’t hard to see why he wasn’t gaining weight. I don't think he consumed very much of those meals, but I never saw him eating (mealtimes are scheduled well out of visiting hours for obvious reasons) so I wasn’t really sure what kind of calorie intake he was managing. I only knew that he hated the meals, so I tried to bring things in to tempt him whenever I could.

In truth, he was sick a lot during his stay on A5. Either he didn’t eat much, or he forced himself to eat more in an effort to gain weight and threw the food back up again. At this point no one was really weighing him, but now he was ‘out of danger’ and there were larger, healthier men sitting in the beds around him, it became clear how incredibly small and skinny he was, lying in the bed, his muscles wasted, able to do so little for himself for so long. I know that he looked forward desperately to the physiotherapists coming to see him daily, because it gave him something to distract him from the boredom and misery. He began to be lifted out of bed each morning and placed on the chair beside his bed to 'sit out', for longer and longer periods of time, building the length of time up so that he was able to manage more and more each day. This, at least was heartening. And slowly, very slowly, with an initial goal of being strong enough to be able to turn around in the bed and plug his own phone in, he began to make progress.

I still marvel at how much you all but mostly Marc of course coped with everything . So glad that Marc has progressed so much even though I know his treatment is still ongoing.
Wonder if I was an awesome ward sister !! do hope so . X

I'll bet you were! Thanks Marj.

Can't get over the detail in which you recall everything- must be etched on your mind! Also the writer's instinct 2 store up experiences and emotions to share at a later date. Amazing! X

Thanks Pauline. I have to say my memories of Marc's time in A5 are not as clear or detailed as those when he was in ITU - probably because I simply wasn't there as much. I do think writing it all don is really helpful for me though, meaning that in the future I won't be able to forget what was such a vital, yet terrible, chapter in our lives.