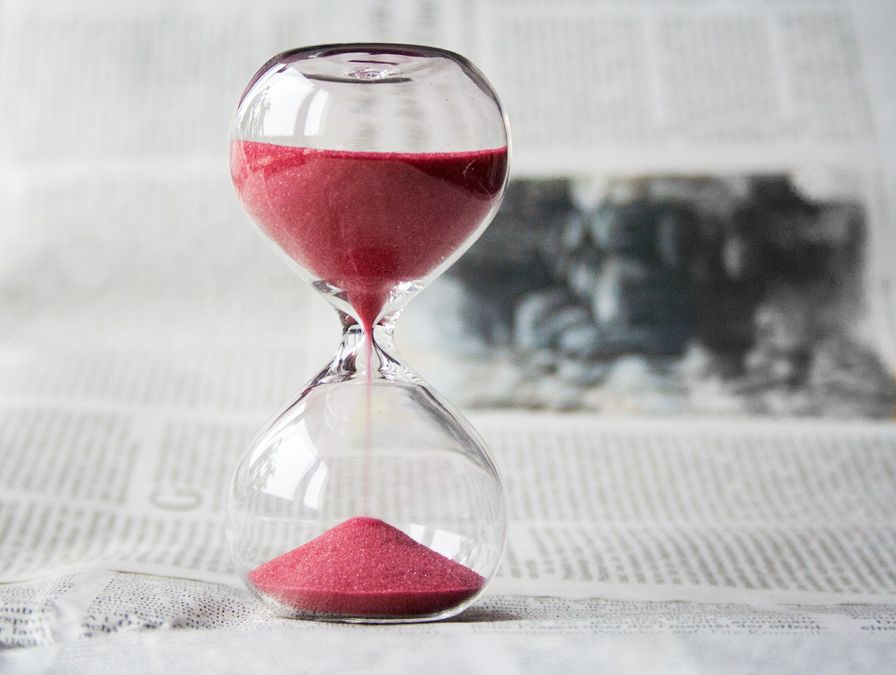 After that it was just a case of waiting for them to take Marc to surgery. I say 'just a case', but in reality those hours spent waiting for something to happen were agony. We had very little to occupy our minds, other than frightening thoughts about what might happen to him. At this point, my memories of what happened begin to become a little mixed up, so where up until now I have been quite clear on the order that things happened, from this point on I may be less so.

My mum arrived at the hospital after taking the children to school. It must have been around 9.45. We filled her in on what had been happening. I think she went into 'looking after everyone' mode and probably offered to go and fetch tea from the Costa coffee shop in the entrance to the hospital. Possibly I went with her. I knew I couldn't spend all day sitting in that awful waiting room, sweating and worrying and feeling sick.

There are very few places to go in a hospital. Despite Warrington hospital being fairly large, many of the places, such as wards and operating theatres, consulting rooms and offices, are out of bounds for obvious reasons. When I was in the hospital waiting for my daughter (who was thirteen days overdue) to be born, I remember walking up and down the same corridors, unable to leave as I had been given a drug to induce the birth, but feeling incredibly frustrated that there was nowhere to escape from the clinical surroundings while I waited for Amy to make an appearance. And that was a happy time, as we prepared to welcome our second child into the world. This was an entirely different kind of waiting.

Not that I am critical of the hospital at all. It has a function, and a vital one, and all of the relevant spaces and equipment are in place to save lives and improve people's health. It does even have some spaces, a garden with sculptures of animals and a small 'playground' type area, which try to be peaceful and create some kind of escape from the hell that a hospital can be for those trapped within it, either as patient or relative. In reality though, nothing can distract from a traumatic situation, no matter how pretty the surroundings. We walked to the entrance where the hospital shops and cafes are. We wandered a maze of different corridors and walked outside the hospital a little, around the edges of the carpark. I think Linda went to the chapel at some point: there is a small one somewhere inside the hospital. But ultimately there is nowhere which takes away the intense feeling of being trapped, because there is no way of escaping when you are waiting for potentially life-changing news. Perhaps the real trap is inside your head.

Someone must have contacted Marc's brother. I know it wasn't me. It must have been Linda, his mum. He lives in Brighton, which is a good five hour drive from the North West, but I was told that he had dropped everything and was in his trusty van on the way up. I cannot imagine the journey was a pleasant one for him, wondering if Marc would still be with us by the time he got here. My sister must have been told too, presumably by my parents. Again, other than informing those closest to the situation, the people I had needed to get me through the night, I hadn't been capable of much more. I found myself feeling intensely glad that someone else had taken care of this for me. My sister was in work, but planned to come in later, and she did arrive sometime in the afternoon, having left work early with the permission of her very understanding boss. She took over from my parents in terms of 'looking after' me later on, as mum and dad must have been as exhausted as me, having been up all night too.

The waiting room, having been completely deserted up until this point, began to house some other visitors at some point. Being as traumatised as I was, I hadn't really had the chance to rationalise that there were other patients in ITU, and that, like any other ward, ITU had visiting hours. Now hospital visiting hours can be very difficult things to navigate. Most surgical or general wards have only a couple of hours available for visiting: one in the afternoon and another in the evening. This can make visiting quite tricky, as the time is so limited. Because patients in ITU are usually very seriously ill, their visiting hours are much longer, to allow more people more choice over visiting times.

One of the sisters told me later that most of the ITU patients can't cope with long visits because they are so sick. The hours, she said, are set to make it as easy as possible for family and friends to have access to visiting, but that there was no expectation that there would always be a visitor by the patient's bedside during visiting hours. That said, once we were visiting Marc regularly in ITU we did feel an intense pressure (probably self imposed) that we weren't being as supportive as we could be unless there was someone there constantly. I know that Marc's mum and I always tried to make sure that one of us was there in the afternoon and the other in the evening, but this in itself became extremely stressful at times.

The ITU visiting hours are 1.30pm - 4.30pm and 6 - 8pm. The same sister who told me about the visiting expectations also told me that actually, if a patient was sick enough, the visiting hours could be completely relaxed and family could visit at whatever hour they needed to. And, having sat in the ITU waiting room all night, I realised that the families of patients who the staff feared would not survive for much longer could spend all day every day in ITU if they wanted to.

A group of three women came into the waiting room at some point mid-morning. This was outside of visiting hours (although I didn't realise it at the time). They settled themselves in the waiting room and began to take turns going into the ward (the limit of two to a bedside meant they had to alternate, as we had done with Marc) always leaving one in the waiting room with us. At first I found this quite distressing. At least earlier, when we were alone, we had not had to consider the fact that we were on show to others and worry what their reactions might be. Why I cared what other people thought of me at such a time I have no idea - I'm not sure I would any more. But then, it seemed like they were intruding on our trauma and our potential grief.

At first, we didn't speak to them at all. We just tried to smile in way of a greeting and stayed at opposite ends of the waiting room to allow each other some privacy. Eventually I realised that they were in a very similar situation to us: their dad was in ITU and had been for weeks, and now they had been called and told he had become extremely ill. The staff were basically not expecting him to survive, and his family were determined to be there for him at the end. I did not discover all of this until much later, but the women were actually present in the ITU waiting room for days to come, so we got to know them quite well: they were kindred spirits to us in the end.

But back to Marc. Eventually, he was taken down for the operation on a trolley, hooked up to all the machines, drips and a ventilator being wheeled along beside him by the plethora of medical experts who were going with him into the operating theatre. I had no idea what to expect. No idea whether he would be coming back from the operation or not. I was told by someone medical that the longer he was down there, the better. This was because if they opened him up and found something disastrous was wrong and they could do little about it, they would just sew him up again and bring him back very quickly. So when he was gone for over three hours, I tried to take a little comfort. But the waiting was horrendous.

And all the time we still had to consider the practical things. Amy was only in nursery at the time, not full time school, so my dad offered to go and pick her up at 11.30am, when she was finished. He would take her home and look after her, and then collect Daniel at 3pm when he finished school. I don't know what I would have done if he hadn't been able to do that for me, as the idea of leaving the hospital to collect her while Marc was in surgery was unthinkable. My dad left with no idea of how Marc was, and myself, my mum and Linda waited behind with nothing else to do but wander the hospital corridors and worry.

Oh my goodness- very clear to me what a fraught experience it was. I don't know why you say you may be more vague-all the things that matter- the thoughts and feelings- are so vivid as you share so openly!