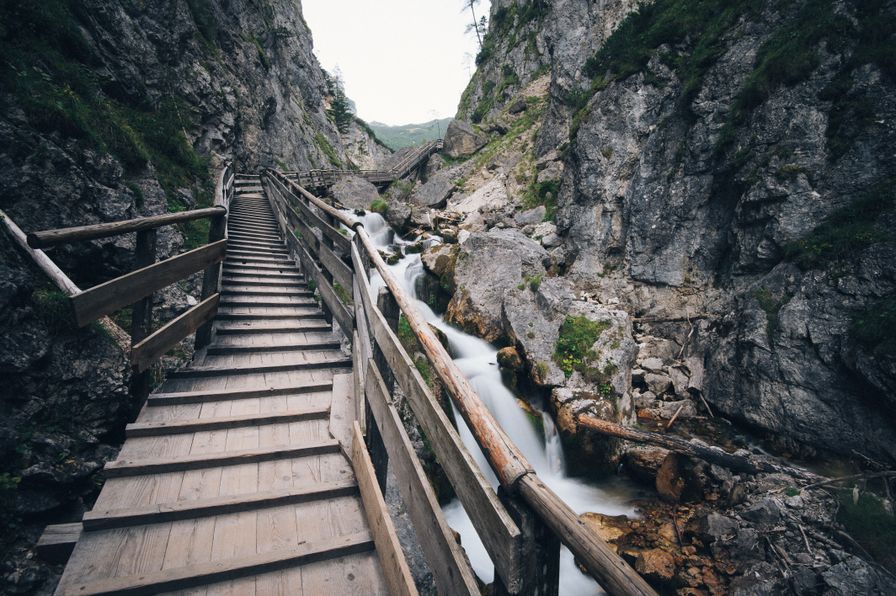 After that Friday, the days begin to blur a little. Once Marc was at this stage, the things that were happening to him began to be far more slow, and the progress he made was snail-like. That weekend, we started to follow the usual ITU visiting hours. I remember Linda asking the ward sister if we should stop trying to be there all day every day and being told that now might be a good time to only visit in the afternoons and evenings, for a couple of hours at a time.

At first I resented the staff telling us this, feeling like I should be there by his side all the time I possibly could, but after a few days of this I was totally exhausted and began to see that it was only sensible. That none of us could go on like this, spending day after day sitting by his side while life went on as normal outside the hospital. That we would make ourselves ill by trying to support him. I felt grateful that Linda had realised this and asked the question. The visiting hours restored some kind of routine to our upside-down lives.

It wasn't like Marc even knew we were there. At least it didn't appear like he did. In reality he was having all sorts of crazy dreams containing the cast of the characters who appeared by his bedside day after day: visitors, nurses and doctors who he was only just aware of. These dreams were mostly induced by the high levels of drugs he was being given. Anyway, we settled into a pattern. Between us, most days Marc had either his mum or myself sitting by his side, plus some visits from his brother, my sister, my dad (my mum was still quite ill and forbidden to enter the ITU ward, much to her frustration) and his best friend Mark. A lot of people who cared a lot about him.

I had to look in his diary to confirm what was happening medically at this point. I personally felt that the dialysis had really began to work now and was keeping his blood clean and poison-free, but he still needed a machine to do the job that his kidneys would do normally. Marc was still on the same amount of support: the antibiotics, the coma-inducing anaesthetic and various other drugs, the ventilator, dialysis machine, the list goes on and on. He was perhaps not in immediate danger, but still not (to use that phrase I hate) 'out of the woods'. And now other factors were coming into play.

As I write today, Marc is still struggling with issues relating to his feet. When I tell people this, they find it difficult to understand. Why, when his original condition was linked to his stomach and bowel, is he having issues with his feet, of all things?

The facts are simple. When a patient is suffering from an extremely low blood pressure they are given drugs to help raise it. Marc's blood pressure was dangerously low. In fact, he suffered with low blood pressure for a long time even after he came out of hospital. But he required huge amounts of three different drugs to help stabilise his BP. The drugs were incredibly strong. He had now been on them since early Wednesday morning. All drugs have side effects, especially strong ones when given in high doses.

What the drugs do is concentrate the blood flow around the essential organs to make sure they keep working. One of the nurses explained it to me. When a person has sepsis and goes into multi-organ failure, their body starts to shut down organ by organ. The last organ to stop working is the heart. The blood pressure can become so low that the situation is life threatening, and deprives certain parts of the body of blood. The drugs Marc was on were keeping him alive, but at a potential cost. The staff in Intensive Care were beginning to be concerned that the blood supply to Marc's feet and legs was compromised, and that he might risk losing them if they didn't manage to reduce the high levels of drugs he was on fairly soon.

I'm not certain that I had any idea about this at the time. I have vague memories of being told about the condition of his feet in the days that followed, but if I was told I don't think I can have taken it in with everything else that was going on at the time. The first I remember about it was being asked by one of his nurses if I had seen his feet. I replied that I hadn't, and asked why. She must have told me that they were being affected by the drugs, but no one showed me his feet until much later. I think they were again trying to protect me, trying to cushion the blow a little, as they knew I had dealt with enough shocks that week.

Another medical change over that weekend was linked to food. Again, it is not one I remember being concerned about at the time, but the trusty diary informs me that the nurses had swapped the tube up his nose for a different one now, so that they would be able to feed Marc and make sure that he received "adequate nutrition". The fact that they were now feeding him (I think prior to that weekend their focus had simply been on saving him) gives me a little ray of hope that they began to believe at this point that he might just pull through.

Coping with one issue at a time

In terms of dealing with trauma, I truly believe that the brain just does what it has to. As Marc began to recover slowly, I was able to cope with more information about the issues he now had. Day by day, a new focus arose, and his stay in hospital over the coming months would bring with it a new challenge to tackle every week it seemed. Marc had to surmount a huge amount of obstacles during his recovery. And I found that he, and I, could only cope with one major issue at a time. Learning to breathe. Learning to eat. Learning to walk again. But we'll come to that.

At this point I don't think Marc was really considered to be 'in recovery'. Suffice to say that in those early days it was all I could do to digest how seriously ill he was and try to understand what all the support he was being given was actually for. Recovering from the trauma that his body had to withstand and dealing with each difficulty was to be our personal challenge for the subsequent months. And even now, I worry. Marc experiencing a simple stomach ache can be enough to send me into a cold sweat. I can't help it. We both understand why. I wish I could stop myself from feeling that way but have come to realise that I can't. I think that I will be forever paranoid about any little illness Marc experiences. There is little I can do.

The ward sister on that weekend was a woman called Rebecca. On one of the evenings, as I was gathering up my things and saying goodbye to Marc before going home for the evening, she passed by his bed and stopped for a quick word. Not about anything medical. Just to see how I was doing. She was clearly as concerned about me as she was about Marc, and wanted to convey the empathy she felt for our situation. She is a similar age to Marc, and I think she could see herself in his, or my, position. I will never forget our conversation.

Nodding at Marc, she said, "I've seen all sorts in here. Nothing gets to me any more. But he has."

Surprisingly, the fact that an experienced ward sister was finding our situation difficult to deal with actually made me feel a little better. I felt like there were people on our side who cared about us and would do everything in their power to try and help us.

And, going home to see our children, knowing that I was leaving Marc for the night in her hands, was enough for me.

Quite understandable that any minor ailment of Marc's makes u anxious. Hopefully that will lessen over time. l recall hearing Timothy Spall talking about a life threatening illness. He was grateful every day just 2 b alive but in time trivia began 2 annoy him and he knew he was back 2 normal! Hasten the day when u and Marc get narked over minor issues! Rebecca sounds brilliant and thank goodness for nurses like her; caring for relatives as well as patients!

Yes. She was amazing, as were most of the staff, but I remember that conversation so clearly. She really took the time over the course of Marc's stay in ITU to check on me, despite being busy with so many other things.

I think I asked because I always felt we were in the way in the mornings. The unit was full of doctors on their rounds, nurses topping up equipment, changing drips etc. Although no one in ICU ever suggested we were unwelcome.

As the days went by I noticed most of the staff would stop by to talk to Marc and ask how we were.

As you have said we left Marc safe in Rebecca's hands that night. Xx

I know what you mean. I just don't think I was able to see it at the time. Yes - the staff were certainly always there for us all, which I very much appreciated.

It must have been so awful for you all when Marc was so ill, i remember asking Linda week after week how Marc was and she would say not much inprovement . The weeks turned into months, i would pray every night for Marc and for all of you It was amazing how he got through . At this stage of Marcs recovery you must have felt some comfort from the ward sister Rebecca who cared so much sending love to you all.

Any illness of a loved one which requires hospitalisation is worrying but when that illness is so hard to diagnose is obviously traumatising. You never know what the next minutes will bring forth.

Rebecca sounds wonderful (as are all Angels in my opinion) but now and again, one shines that little brighter and can give you such comfort.

Since Marc's illness I've heard so much more about the condition and I'm saddened that so many have not been (if I dare use the term) so lucky. Your worry over the slightest twinge he might suffer is fully understandable. How can you not worry about your other half. X x