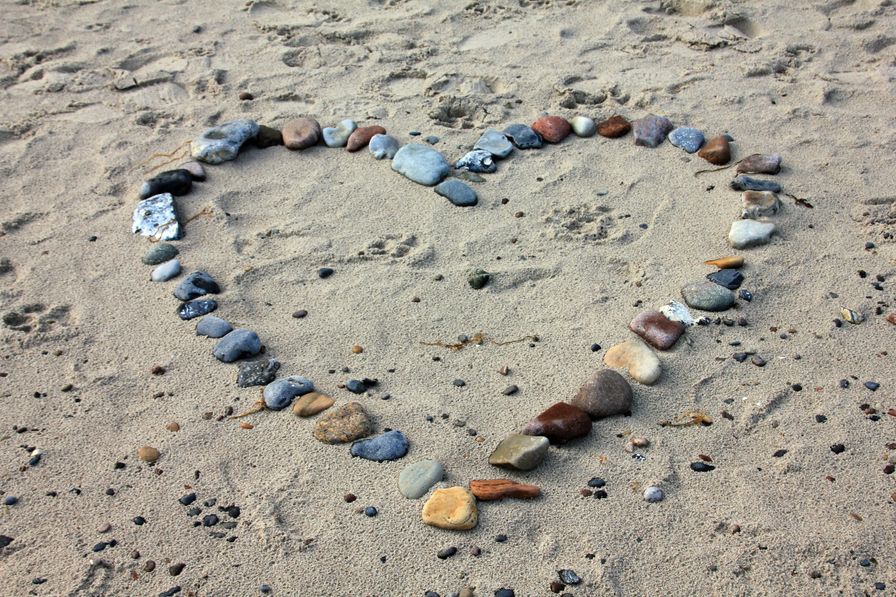 During the initial days of Marc being put on the Drager machine, he continued to struggle. He didn't seem to be able to manage anything other than attempting to strengthen his lungs again, and I could sense his pain, frustration and despair every time he was put on to the step down breathing circuit. Visits became even more of a challenge, trying to gauge how we could best support a man who was clearly trying very hard to do as the nurses were instructing him, and his family was willing him to do, without much success.

We were told by the doctors to reduce the amount of people visiting him, keeping it to the absolute minimum. Those who did visit him had to sit very quietly by his side, perhaps reading to him or simply holding his hand. He couldn't even manage to listen to a conversation for much of the time, so I spent awfully long periods of time simply sitting, hoping that my mere presence was enough to cheer him on, as there was nothing else I could do to help his lungs become stronger.

On July 10th I visited him as usual, sat alongside him, read a little of the Charlie Brooker book (although he only managed to listen to a couple of sections that day) and filled in his diary. I chatted to the nurse on duty, probably asking tons of inane questions about the average amount of time patients took to learn to breathe again, or what Marc's temperature was that day, or how his blood pressure had been overnight. He was still by no means stable and his temperature and blood pressure levels varied daily. I found that I was extremely glad of the few short periods of respite I had to visit the bathroom or grab a drink, as they gave me a break from what was both incredibly stressful and very dull. I hated to watch Marc struggle, but had no idea how I could support him better.

I left him that evening with a nurse called Arlene on duty. I was concerned about his state of mind, whether he would manage to sleep or not, if he would manage to cope with the double session on the Drager the following day. My parents had been looking after the children, or perhaps one of them had and the other was with me during the visit. We got home from the hospital around 8.30 and sat chatting, filling each other in on how the children had behaved that evening and how Marc had seemed that night. I remember feeling by this point that any danger to life's Marc was past, and although I was concerned about his mental health this seemed real progress from fearing for his survival, which I had been doing a mere fortnight before.

My parents were packing up ready to go home at around 10pm when the phone rang. It was Arlene from the hospital. The first phone call I had received from the hospital actually, since the fateful night Marc had been taken to ITU. Her words turned me cold and took me back two weeks in terms of the situation. Marc's heart had stopped, she said. He had momentarily stopped breathing and they had begun resuscitation immediately, but he had not required very much before his heart had restarted and he had begun to breathe again. He was now in the same state which I had left him in, but had indicated that he wanted her to call and tell me.

I suspect that if he had not made that request, she wouldn't have called. And selfishly, I found myself wishing that she hadn't. Perhaps I'm a coward, but I didn't want to know. I didn't want to spend the entire night worried sick that at any moment Marc's heart might stop and he might be gone. I wondered if there had been other, similar incidents which the hospital had not contacted me about before he was conscious enough to convey his wishes. I felt very strongly that unless he was dying, there was no need for them to contact me, as I could be informed of anything else the next day after a restorative night's sleep which I badly needed. I'm not even sure how Marc got Arlene to understand that he wanted her to call me as at this point he definitely couldn't speak, but somehow, he managed.

Back in the Twilight Zone

After a call of less than two minutes, where Arlene informed me of the facts and tried to reassure me that he was now ok, I hung up. I had asked if I should return to the hospital, but she told me that was not necessary. I had no idea what to do. Mum and Dad had put their bags down and taken their seats on the sofa again. They asked me what the phone call was about, and as I recounted the content of the call I felt like I had entered the Twilight Zone once again, and had absolutely no idea what to expect next.

I realised that my life had fallen into a pattern. Not an ordinary one. One that included regular hospital visits, being a temporarily single parent, worrying about what would happen with Marc as he recovered, but with this pattern, life had stopped being quite so petrifying. That initial feeling of terror when it was a realistic possibility that Marc might die had abated without me realising, but now it returned with a vengeance. It took this second threat to Marc's life to make me see that the fear I had felt had been diluted and replaced with the less extreme feeling of worry. Now however, I was transported back to that initial night and the blind, all-consuming terror seized me all over again.

A cup of tea

Dad offered to drive me to the hospital, but as Marc had said I didn't need to go in, it seemed the wrong thing to do. I almost hated the fact that Marc had wanted me to know, to worry me that way, although I could see why he did. It can't be much fun alone in a hospital bed every night, and knowing that I was aware of his situation and thinking about him must have been a comfort. Eventually, with no idea what else to do, Dad phoned the hospital back for me and my mum (ever British) made us all a cup of tea.

Dad spoke at length to Arlene, and quizzed her about what had happened. Apparently, out of nowhere, the alarms had gone off alerting staff to the fact that Marc's heart rate had plunged far below normal levels. They reached him within seconds to assess the situation, ascertained that his heart had stopped and began to resuscitate. However the resuscitation was barely necessary, as Marc's heart had then restarted all by itself. This was unusual, she said, but could be a result of everything he had been through, and was unlikely to happen again.

She promised that she would call if anything did change, but said that we should try not to worry and to get some rest. Marc was, for now at least, sleeping fairly peacefully and nothing could happen to him without the alarms going off immediately. She promised that the staff would be at his side the second anything changed, and that she would keep an even closer eye on him than usual throughout the night. There was little more comfort she could offer us at this point.

A source of comfort

With this in mind, Mum and Dad reassured me as best they could. I arranged with our neighbour across the road to be on standby in case I had to make a mad dash to the hospital again, and Mum and Dad, who were exhausted and my mum still quite ill, went home with the promise to return as soon as they could should anything else happen. I checked on the children who were both sleeping peacefully, and tried to go to bed myself. One of my best sources of comfort during these times was the children. I loved nothing better than going in to see them both after visiting Marc at night, watching them sleeping soundly and knowing that there was something in my life which was good and healthy and which I didn't need to be scared about. This was extremely comforting for me during those incredibly stressful times.

And once I finally managed to get to sleep, I found myself waking up the next morning. I had fully expected when I lay down in bed to be woken at some horrendous hour of the early morning by Arlene telling me that Marc had taken a turn for the worse, but in fact he had made it through the night with no further issue. And though his heart rate did keep dropping in a worrying manner over the next few days, it never simply stopped like that again.

So we carried on: Marc trying his hardest to manage sessions on the Drager, us continuing to try and support him in whatever way we could. But now, I couldn't help but associate the stress of the Drager machine with the drop in his heart rate, and every time he was on it I was even more frightened about how he would manage. All I could do was try to be with him for as long as possible during each session, whisper what I hoped were encouraging words, hold his hand and hope for the best.

The Battle to Breathe

What a terrible ordeal! So amazing 2 see you all having such a great family time!

Thanks Pauline. I'm so glad that time of stress and fear is over now. 😃

Clare I really don't know how you coped.
It was certainly a very worrying and traumatic time for you all.
It is so heartening to see you now, and even more so on your holiday pictures enjoying life to the full.

God bless to you all.

Thank you Anita. I'm not sure I did always cope, but I had no option other than to keep going. I'm so glad that we are out of that stressful period now and can enjoy 'normal' family time. 😃