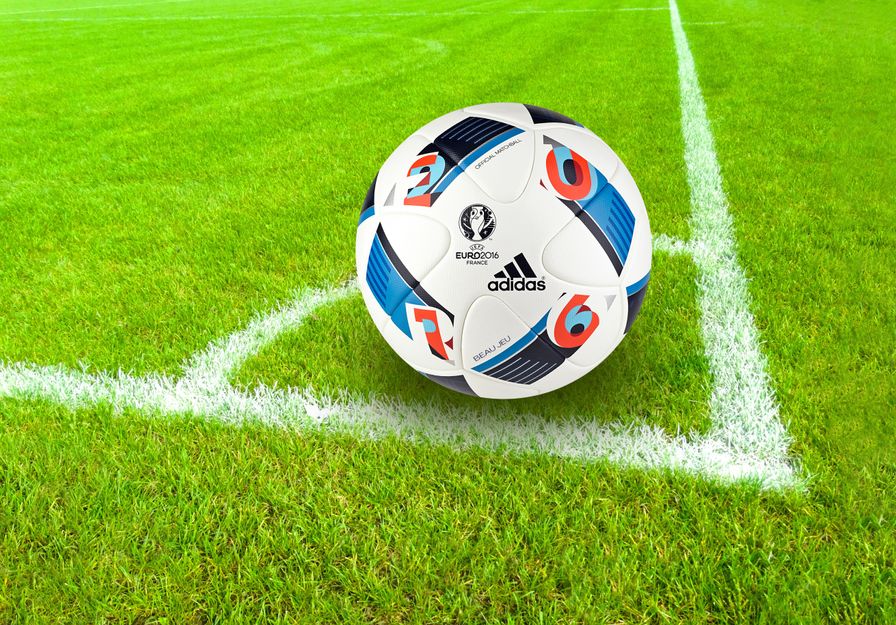 As we stand now in the midst of football fever, England's performance in the Euros dominating the news, I am reminded of the 2014 World Cup, which had just started when Marc became ill. I remember Daniel had a Wall Chart from the newspaper which he was going to fill in, and he had planned to watch some of the matches with his dad. Not that I want anyone under the impression that Marc is a huge football fan - he isn't! He's far more into music than he is football, and prefers running or mountain biking to watching footy. But Dan enjoys it, and plays for a local team, so the two of them were going to have some father-son bonding time watching England's performance.

England played and lost to Italy on June 14th, and I think I remember Marc and Dan watching that match together. Their second match was on June 19th, the day Marc first became ill, so I know they didn't see that one. Again, England lost, this time to Uruguay. Sadly, this meant they were out. Their final match took place on 24th June, the Tuesday when Marc was admitted to hospital, and the day before he got sepsis and became gravely ill. So no, in case there was any doubt, we didn't watch that one either.

Out of the competition

Now I don't suppose they would have watched many more matches anyway, with England out of the competition, but perhaps they would have watched the final between Germany and Argentina on 13th July, had Marc not been in hospital. It is strange to think what might have been, and neither Daniel or I watched any more of the World Cup that year. Bizarrely, Marc remembers odd moments in ITU where there must have been either a television or a radio on, and he could hear commentary of the various matches. Also, perhaps the doctors and nurses around his bed were discussing the results of different games, and this only added to his confusion about what was going on around him.

In the days following his initial severe illness, the doctors began to sedate him less and less. This meant he began to come out of the medically induced coma little by little, day by day. Occasionally he would have to be sedated again for a particular procedure, but as the days went by, he began to be more alert when I visited. His eyes would be open, he would respond to my touch with a small squeeze of my hand, the expression in his eyes told me whether or not he understood whatever I said, as well as how he felt about it.

Throughout this period, and most of his time in ITU, he describes feeling incredibly bewildered about what was happening to him. Imagine waking up, unsure about where you are, unable to move your body independently, lost in a world of clinical white bedsheets, alien machines making unfamiliar noises, swaying blue curtains and medical staff in uniform who you don't recognise.

This was the situation Marc found himself in. And I can't even comprehend the panic he must have experienced. So while he was having his blood pressure, temperature and heart rate constantly monitored, he must have felt stressed and anxious, never quite knowing what was happening to him. It's no wonder really that his heart rate was elevated for days to come. That's not to say that the staff didn't explain to Marc where he was and what had happened. They did this daily, sometimes hourly if he seemed particularly agitated or confused. But the enormity of what had happened to him was difficult for me to comprehend, and I had been there throughout the entire process. Marc had been completely (and thankfully) out of it for the majority of the time.

Whenever I was there I tried to reassure him about what was happening. So did Linda. We told him about the most vital things one at a time, so as not to overwhelm him. We wanted him to understand why he couldn't move, for example, and calm him with the idea that the loss of muscle and strength was temporary and completely reversible, with time. We did not tell him about the ileostomy, nor the damage to his feet, for some weeks. He was clearly quite distressed at his current perception of the situation, and did not need to be given further upsetting information to add to what he was already trying to cope with. We wanted to keep his mental state as calm and positive as possible under the circumstances.

If you ask Marc about his mad dreams during his time in ITU, he can keep you entertained for hours. I have told him to write his own book about the different crazy things that went through his mind during this perplexing period. He is incredibly lucky though; many patients who spend time in ITU suffer from severe and incredibly distressing nightmares once they leave hospital. Marc has not really experienced this: his dreams at the time were mad, mixed up collections of the things which were going on around him, mingled with his own fears and confusions thrown in for good measure. Very rarely has he had these kinds of dreams since leaving Intensive Care.

But he can tell you all about the different places he was taken by hospital staff during his stay in ITU: Bristol, London, New England... The list is endless. In reality, he didn't move from Intensive Care for more than 40 days once his initial operations were over. But in his dreams, he imagined was being taken to this assortment of random locations, often by hospital staff, for a variety of bizarre and senseless reasons.

Occasionally, he was being taken to places against his will, and was convinced that the ITU staff were in some way holding him hostage (sometimes for monetary gain). I suppose this was his mind trying to protest against the constant testing and treatment he had absolutely no say over, and the fact that it was difficult for him to comprehend in his pain and distress that they were trying to help him. I remember one visit where he was constantly squeezing my hand, the first time he had managed to do this at all, I believe. I was overwhelmed by this, and returned the gesture by squeezing it back as frequently as I could. I was so happy that he was actually back in the land of the living, and could in some way respond to me at long last.

Marc remembers this very differently. He says that he can quite distinctly recall being terrified that the nurses and doctors were keeping him sedated in order to force him to stay at the hospital, because they wanted to extort some kind of cash from me, or use him as part of some kind of experiment. That he was not actually ill at all, and that I was being told that he was more ill than he really was so that I wouldn't protest and take him home. The hand squeezing was his desperate plea for attention, his SOS to inform me, the wife who was being lied to by all the medical staff, that I needed to 'get him out of there'. He frequently believed that he was part of some kind of reality television show, and was being forced to pass a number of trials before they would let him go. All mad, but true. The brain is a strange and fascinating thing.

Once Marc was taken off the dialysis for good, and didn't need the Bair Hugger to keep him warm, he went to the other extreme, and had an almost constantly high temperature. I'm sure this didn't help his feverish, confused state. The nurses actually filled pillows with ice and rested them either side of his body to keep him cool, and he was on a constant four hourly dose of paracetamol to keep his temperature down. This all seemed very strange to me, mainly because ITU was a freezing cold place, constantly air conditioned.

Outside the World Cup games went on, the temperature was 34° C in Brazil, and 29° C in Britain. I spent my time with a constant cardigan or hoody at the ready; needing to strip off outdoors and in the ITU waiting room, but layer up for the three or four hours per day I spent in ITU. Woe betide me if I forgot the sweater. Leaving the house, the sun blazing down on everyone outside, it was very easily done. But the few times I did forget, I massively regretted it as I spent a miserable few hours shivering by Marc's bedside. And I could hardly complain about being cold to a man who couldn't even move.

Anyway suffice to say that Dan's World Cup chart 2014 didn't get filled in, and England's luck that year pretty much mirrored that of the Littlemore family: lousy. But, as I write this, England sit at the top of their group in the Euros, having beaten Wales yesterday. I can only hope that their luck continues, and that Marc and Daniel get to watch more England games together in the future.

How horrendous 4 Marc! Would be good if he did write a book-with your help! Great that he can turn terrible tales into fascinating anecdotes- must be a trait u share! Can see how this year's football makes u recall that dark time! Brilliant that u have both come out the other end so positively- but no doubt u still have your moments!

We do Pauline, but most of the time we try to laugh at the insane dreams Marc had during those few weeks. He really is lucky not to have suffered from terrible nightmares since ITU.

That's a Euro Championships ball in your image BTW 😉

You need a pic of the Adidas Brazuca... 😉

But it was thinking of this year's Euros that took my mind back to the World Cup... 😉

I would DEFINITELY read the dream book!!! Get it done, Marc!

It would be pretty mental mate. I should really write some of them down though.

I didn't even remember it was the World Cup until this blog!

I remember telling Marc that my sister in New Haven had emailed about him, maybe that's why New England featured in his dreams.

I can't remember when we started reading to him- I think he was still in a coma. However I do recall trying a couple of books and settling on a Douglas Adams novel which Matt brought with him. I think you were reading something else.

Can't really believe it was two whole years ago.

Mum - I had an incredibly mad dream about being in the States and seeing both Ann and Pete. He was fixing my body and Clare and a male nurse from ITU were filming me for a fly-on-the-wall documentary. Completely mad!

Though some would argue that you were mad to begin with...