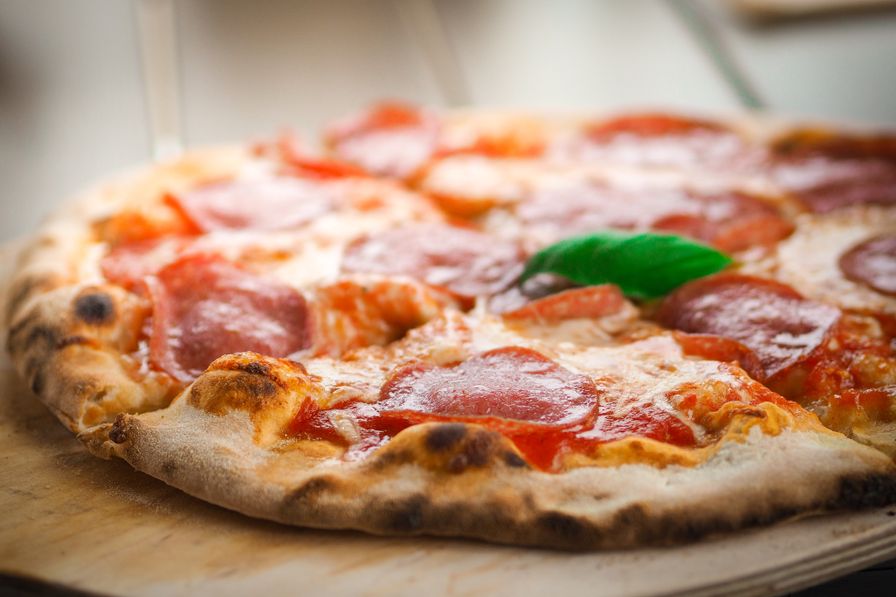 I recently celebrated my fortieth birthday, and with it came the celebration of two years since Marc's illness. It put me in mind of the length of time we were told Marc would take to recover, back when it first started to look like he was going to survive. Healing from the kind of trauma his body had experienced was going to take a long time. I remember speaking to one of the sisters, and I must have been being overly optimistic about getting Marc 'back to normal', because she gently informed me that recovery of the sort that Marc was going to have to experience was not going to be fast. She suggested a figure of two years, and I remember thinking two things: one, how ridiculous - it won't take that long, and two, it's my fortieth birthday in two years, if that's how long it will take for Marc to recover, we're going to have one hell of a party!

And party we did. But a post about my fortieth party can wait for another time. For now, I want to go back to my thirty eighth birthday. It was on a Saturday, just over two weeks after Marc had gone into hospital. The day following my grandma's funeral, which I had been unable to attend. I didn't feel much like partying then, I can tell you. I almost wanted to forget it was happening, and get on with visiting as normal. But, in the nicest possible way, my family wouldn't let me. After the children's usual Saturday morning clubs, Mum and Dad drove myself and the children to Pizza Hut where we met my sister and my nephews for lunch.

Nicer than it should have been

It was actually nicer than it should have been. The kids, even my two, who understood more about their dad being in hospital than their cousins, acted as kids do normally, they played up, were excited about the prospect of pizza, of spending time with their cousins, of going to the park afterwards. The adults, although weighed down by the severity of what was happening to Marc, made an effort to  have fun for the kids' sake, and all in all it was a nice lunch. The plan for later was for one grandparent (I don't remember which) to take the children home to play, or to the park, while the other came with me to the hospital for visiting.

I had received some presents from Mum and Dad, from Janet and the boys, and even from the children (although it certainly wasn't Marc who bought them, it must have been my mum). I can't tell you what I got from anyone, I was so distracted. I think there were some sweets involved, and probably a book or two. I've no idea, really. The best gift was to come when I got to the hospital.

After a fortnight of drifting in and out of the medically induced coma, when we arrived at the hospital that day, Marc seemed far more 'with it'. By this I mean that he was propped up a little higher, his eyes were fully open and alert, and he was able to move his hands and arms a little, although it took a lot of effort. Linda and Matt were at the hospital too, and both remarked on the improvement in Marc as they wished me a happy birthday. I can't remember which nurse was on duty that day, but I seem to remember there being more than two people around the bed at one point at least, so maybe the nurse was a more lenient one than usual, or perhaps we took advantage because of the special occasion. Even the staff were thrilled that Marc seemed so much better that day.

I told Marc that it was my birthday, knowing that he would have no idea what day it was. He couldn't speak to wish me a happy birthday of course, but I wanted him to know. Because he was far more alert than he had previously been, the nurse suggested we try something new with him. She brought a kind of laminated booklet over to the bed, ringbound, with a number of different sections all containing images and letters. I think they are called communication boards, and they are extremely useful devices for people who have no speech.

With little difficulty, we managed to instruct Marc that if he was able to point at the different pictures or letters, he would be able to communicate simple messages to us. This was very exciting for me, knowing I might soon have more of an idea how he was feeling, but even more crucial for the nurses, who would be able to clarify things with him and check whether he understood what was going on, or whether he was in any pain. There were all sorts of different images: ones which allowed patients to explain their needs, that they were hungry, thirsty, hot or cold; different parts of the body which might require attention; instructions like 'fix my pillow' and 'turn the lights off'. It seemed a revelation to me that such things existed, and I was heartened at how much of a difference it might make to Marc's situation.

There was also an alphabet, upon which patients could spell out words to get across less obvious, more complex statements. Once Marc grasped the purpose of this, he tried immediately to form a sentence for me to understand. I can't tell you how frustrating it was (for myself and for him) waiting for him to spell out the words. Each one took an age, his hands were weak and shaky, it was not always clear which letter he was pointing to, and we had to keep track of each letter in a sequence to work out the word he was trying to spell. What I found even more frustrating was his insistence on spelling out an entire sentence. A single word would have been enough for me to understand his first communication, which was:

I almost burst into tears on the spot. What would you imagine the first communication of an incredibly sick man who wakes up in an unknown hospital bed to be? Where am I? What's wrong with me? How are the children? But he wanted to know where his wedding ring was.

But the time it took to get that message across was interminable. He could easily have spelled out the word 'R-I-N-G' and I would have understood. But no. He insisted on doing everything in full, proper sentences. Since his illness, I have had people enquire whether Marc's brain was affected by his condition, whether or not he was still fully functional mentally after what he had gone through.Thankfully, his brain was never affected, and aside from him suffering from some understandable periods of anxiety and depression, which were temporary, mentally he is very much the same Marc. I suppose this spelling out of whole sentences was a good sign, that he was able to communicate properly, clearly, but at the time I was ready to scream.

After I reassured him that I had his ring safely at home, I went on to tell him where we had been for lunch. His second sentence?

That had us all laughing. The thought that he could contemplate eating pizza when he was barely tolerating being fed liquid through a tube was pretty funny. It was also quite sad really, as there was no way he would be able to eat pizza for a long time after this point, but the fact was that he had made a joke (he wasn't being serious, he knew he couldn't eat pizza) and suddenly, for a tiny moment, there was a flash of the old Marc. I don't think I've made it clear up until this point, but Marc is a very funny man. Usually, he makes me laugh daily, and I had at that point been without that laughter for over a fortnight. As I chuckled, I realised how much I had missed him, and felt like this small amount of communication, this little joke, was his birthday present to me. And it was the best one I'd had all day - perhaps the best one I'll ever have.

I have to say that it didn't last. I thought that after having this amazing day, where he had managed to communicate so much to us, things would start to move on a consistently upwards trajectory, but that was not the case. After spelling out the two initial sentences, I was keen for him to tell me more about what he was thinking, and I asked him numerous questions, but they had completely taken it out of him and he couldn't manage any more. He fell asleep soon afterwards, and was actually far less communicative in the days following my birthday. It certainly took him a long while before he tried the communication board again.

But it had been enough. Enough of a present to lift my spirits, to give me hope that there was a future, that he could recover, that he would be able to make me laugh again. And that's what I hung on to in the difficult days that followed.

Well this post completely destroyed me. 😦
I don't think I can read it again without crying.

I still touch my wedding ring every day to check it is still there. I feel quite naked without it and that's what bothered me in ITU. And you did eventually bring me pizza when I got onto a normal ward after intensive care. 😃

This is so touching- showing how much being married to you means 2 Marc! Also how his personality shines through with humour re pizza and using full sentences to keep on the right side of English teacher! Thank goodness that your last birthday was so wonderful as it clearly celebrated Marc's recovery as much as your milestone!

What a battle Marc has had, very slow progress but you have always been at his side.When Marc could finally communicate with you how touching that he wanted to know where his wedding was and his personality came through at wanting some pizza. on your birthday.So happy you could have your 40th birthday with Marc by your side.x