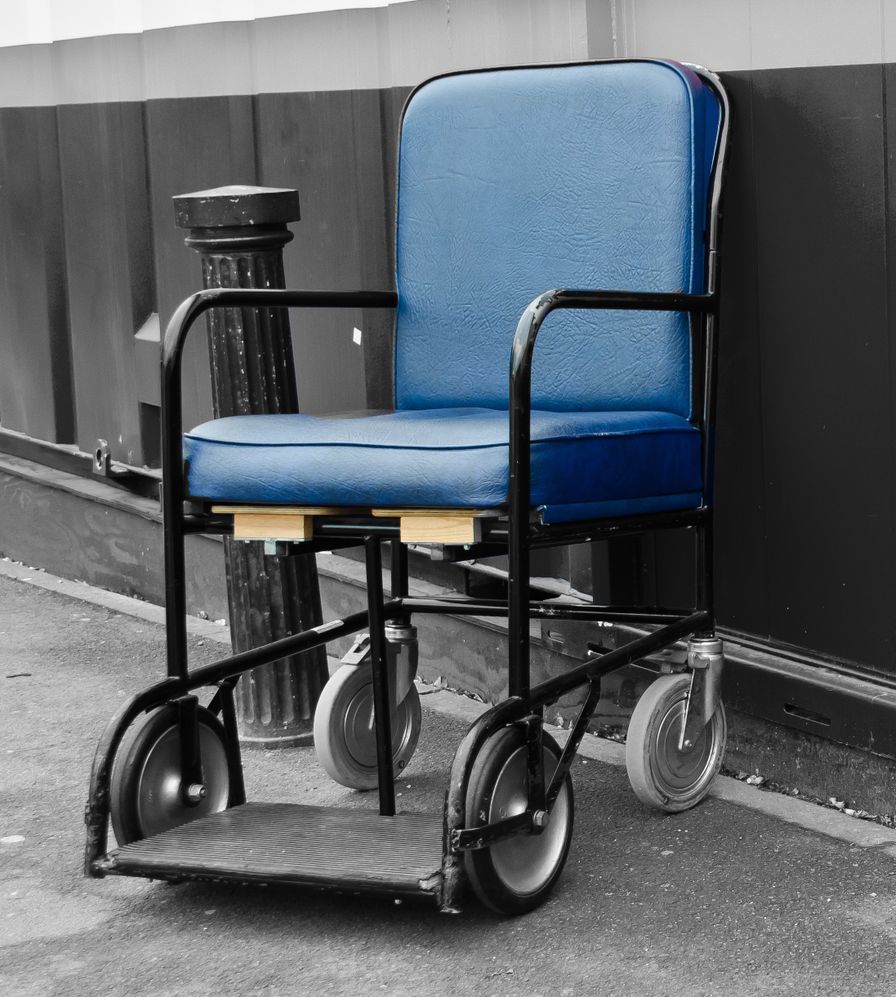 I have spent a lot of time extolling the virtues of nurses in this blog, and I feel very strongly that more people should realise the amazing job that they do, but so far I have omitted to focus on a group of people who were just as key to Marc's recovery as the nurses. The physiotherapists.

Before Marc went into hospital, my general understanding of physios was that they mostly gave out exercises which helped people with leg injuries to walk again. I'm ashamed that, despite having two friends who are physios, I never really understood the full spectrum of the role. Even as early as the first few days that Marc was lying in his bed in ITU, the physios were deployed to assist him with clearing his chest of the built up mucus which we all have, but can manage by ourselves under normal circumstances. Marc, in the induced coma, lying in the bed immobile with his muscles wasting away, was not strong enough even to cough to clear the phlegm from his lungs.

So to begin with, the physios did that for him, using a tube to physically drain the gunk from his lungs and allow the ventilator to do its job and help Marc breathe. His diary states that the physiotherapists were visiting him daily even at this point, although I don't think I was aware of this so early on because most things were a complete haze. I don't remember ever seeing a physio until Marc was a little more conscious, but they were there, several times a day, and the job they did was hugely necessary.

Once Marc began to improve and was moved to a bed further away from the nurses' station, the physios started to work with him in earnest. Usually they visited in the mornings, way before visiting time, so often I wasn't aware that they had been to help Marc, but they were. I think that's the reason behind my neglecting to focus on their role up to now: to me they were essentially invisible for a long time, yet they played a major part in helping Marc to, eventually, walk again.

But walking was a long way off. It only takes forty eight hours of lying still for the body's muscles to begin to waste away and become weak: a fact that floored me. By the time the physios were able to start working with Marc more physically, he was barely able to lift his hand from the bed, let alone his head or entire body. I am afraid I don't know a huge amount about the early exercises that they did with Marc. The diary is quite vague and mostly only mentions them working his chest and lungs, but on the 16th July, there is an entry which explains that the physio team had begun to work more intensively with Marc, and actually managed to sit him on the edge of the bed for a few moments.

It sounds ridiculous. Sitting on the edge of a bed is such a tiny, effortless action for the majority of us. Sitting down usually implies taking a rest from standing up! But for Marc it was a big deal. It also took several physios to manage this, which should tell you a little about how much effort was required. I was rarely present when they did this kind of work with him, but knew that it was going on each day, and the main physio, Jo began to come around at visiting time to meet me and let me know what he had achieved each day in terms of his physical recovery.

Despite the fact that Marc had lost around three stone in weight, I can't imagine that lifting a man who is 6'1'' is an easy task, especially when he can barely hold up his head. But getting him moving again, step by tiny step, was vital. I also believe that these exercises were good for his mental health too. Despite feeling useless to begin with, being able to sit on the edge of the bed must have made Marc feel a little more normal, and the thought of being able to do this unaided gave him something to aim for.

But this was a long way off. I know that, to begin with, they often had to use a hoist to lift Marc out of the bed. Another goal was for Marc to 'sit out': literally be lifted into a chair at the side of the bed and cope with supporting his own body for a prolonged period of time. It sounds mad, but even sitting out of the bed on a chair was a challenge, and to begin with he was not able to do this for more than half an hour at a time without becoming exhausted, perhaps even less.

My recollections of the order things were done in and how long each different part of the rehabilitation process took are a little hazy, partly because I wasn't there for most of it, and also because the steps taken by Marc (and not physical steps to begin with, walking was a distant dream at this point) were so miniscule that I hardly even noticed his progress to begin with.

And with so many other concerns, the physio just seemed to go on in the background for much of the time. Whilst worrying about Marc learning to breathe again; whether or not he was absorbing the liquid food being fed into his stomach; the fact that he still developed regular temperatures which made his blood pressure drop; the threat that his heart might randomly stop again at any moment, and the damaged tissue of Marc's feet, I hardly had space in my head for considering the physical progress he was making.

I do, however, know how important the work of the physios was. And I began to look forward to seeing Jo, who would often make me smile with her offbeat sense of humour, the way she had developed a relationship with Marc where she teased him mercilessly whilst still spurring him on to better things, the encouragement she gave to us all. She had just the right balance of humour and sensitivity which a good physiotherapist requires. Their role is to physically motivate a patient, yet the movements they are asking the patient to make may cause them pain or feel impossible. To me, this means that the mental condition of the patient is just as important as their physical strength, so the physio has to deal with this too in order to successfully motivate them.

I imagine it is very difficult to persuade some patients to complete the necessary exercises set for them. The patient might well be unwilling because of the pain they might experience, or the effort it takes them to participate in the activities they are being encouraged to complete. But Jo was amazing. She would appear by Marc's bed, greeting him cheerfully and probably cracking a joke about how she'd have him doing wheelies in his wheelchair around the ITU in no time at all. She made him laugh, and this made the exercises, no matter how painful or difficult, easier to bear.

Yet she was also incredibly sensitive when she needed to be. On a number of occasions she popped to see us when I was visiting and recognised that I was feeling particularly concerned about something, or was simply depressed about the lack of progress that Marc appeared to be making. When this happened, she made it a priority to reassure me and allow me to understand just how severely weak Marc had been to begin with, how far he had come and how it would all come in time. I know she did the same for Marc.

On one occasion he told me that an ITU doctor was quite brusque with him. He had been sitting out in the chair, but only managed to do so for around a half hour period. The doctor appeared to criticise him, implying that he should be sitting out now for periods of up to three hours at a time. This, understandably, left Marc feeling quite low. Jo was there, and reassured Marc that he shouldn't worry about it: that people recovered at different rates and it was quite normal for him to only be managing a short period of time in the chair at this stage. I know this made him feel better, and he was therefore able to get on with his day in a more positive frame of mind. I'm certain that this allowed him to attack his next set of exercises with more determination.

And the physio team, invisible as they sometimes were to me, would play a critical role for the rest of Marc's stay in the hospital. I will be eternally grateful for their support and encouragement.

As u say, amazing the role played by physios in recovery and preparation for adapting to new situation. All respect to them!

Yes I agree Pauline. They made all the difference to Marc's recovery.