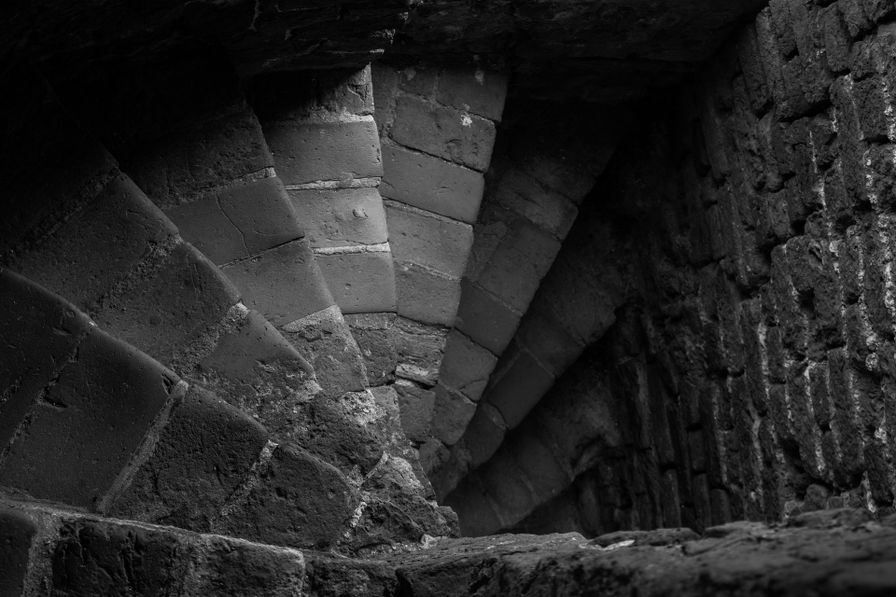 I struggled to understand what was being said to me, partly because I was still half asleep and partly because things had seemed so much better before I had gone to bed. It seemed difficult to comprehend how things could go from a state of being 'fine' to one of dire emergency in a mere four hours. But clearly they could.

I have heard that sometimes, when people are seriously ill, they become suddenly brighter or better, and 'pick up' a little just before they become severely ill or die. I have no scientific proof of this. No medical evidence or expert knowledge to support it. But looking back, it seems like this is perhaps what happened to Marc. He had gone from being really 'out of it' during the afternoon to seeming so improved by bedtime, to both myself and the nursing staff, that it seemed completely surreal that he had now gone so far the other way that I needed to be there at two in the morning.

I must have sounded panicked. I know stuttered something about having two children asleep in the house with me and no one available to take care of them. I remember my mind racing as I tried to take in what was happening and work out the logistics of the situation. Crazy thoughts went through my head, like could I leave the children alone while I popped to the hospital? (Ridiculous.) Did I need to wake them up and take them with me? (Also pretty ridiculous.) None of these thoughts were sensible, but there is no protocol on how to act in that kind of a situation. The nurse on the other end of the line calmly asked who I could call to come and look after them. I know she told me to calm down and not to panic. She then repeated that I needed to find someone first, and then come to the hospital as quickly as I could.

My mounting terror threatened to overwhelm me as I realised they would not have called me at two in the morning, knowing I had children in the house, unless it was very, very serious. I hung up the phone after agreeing I would find a babysitter and then drive to the hospital. Shaking, I dialled Marc's mum's number. She answered pretty quickly (she doesn't sleep very well). I think I just briefly explained that the hospital had called, Marc was very ill and I needed someone to take care of the children. She said she was on her way and we hung up. The entire conversation can't have lasted longer than a minute.

Next I automatically dialled my own parents' number. They took longer to get to the phone. I needed to hear their voices and feel reassured, but in this case they were as much at sea as I was and not sure what to do either. Once they established that Marc's mum was on her way, they told me to go to the hospital and call them once I was clearer about Marc's condition. Looking back, my dad says he doesn't know why he didn't just get in the car straight away, but I think we were all in such shock that no one really knew how to react.

I got dressed and may have brushed my teeth. I grabbed a bottle of water, car keys and phone and checked that the children were still sleeping. Wishing I was too, I went downstairs and stood on the driveway, unsure of what to do next. We have several neighbours who we know fairly well. Our next door neighbour is a pensioner and I had no wish to give her the fright of her life by banging on her door at 2am. The other side were an option, and our neighbours across the road even more so, as we probably know them the best. I stood on the drive in agony. Shivering (with shock, as it wasn't cold) and indecisive. Should I wake someone up?

I decided I couldn't. Stupid, looking back. Any one of them would have been more than happy to help after getting over the initial shock of being woken up so late. I think it's a sad state of affairs nowadays, when we know our neighbours so little that we feel unable to ask for their help when we most need it. Or perhaps it is a fault of my own personality. I don't like to rock the boat, cause trouble, be impolite or upset anyone. So I stood on the driveway for what seemed like an eternity, willing Marc's mum to hurry up, knowing that she would be hating the drive (she dislikes driving at the best of times, but definitely in the dark), desperate to know how Marc was, yet at the same time wanting to crawl right back into bed and refuse to deal with the reality that was facing me.

Eventually headlights spilled down the street and Marc's mum arrived. We passed each other like ghosts, knowing the phone call in the middle of the night meant nothing good. I told her I would call when I knew anything. She went into the house. I got into the car and drove.

The roads were quiet and the trip to the hospital took far less time than it had done earlier that day when I had driven there at rush hour. I realised with a start that this would be my third visit to the hospital that day and the fifth that week, after years of our only contact with the hospital being the single occasion when I gave birth to my daughter there. I worried about crazy things like whether I had enough cash to pay for the car park.

Have you ever been in a situation in adulthood where all you have wanted was for someone else to take charge? I was dreading what I would find when I got to the hospital. It felt like arranging for childcare, getting ready and waiting for Marc's mum to arrive had taken forever. In reality it was probably around twenty five minutes. But what could have happened in that time?

Reaching the hospital entrance I was struck by how deserted and eerie the place seemed at night. There were barely any cars on the usually jam-packed car park.  I debated how much money to put in the machine. £3 for three hours. £5 for twenty four. Having no idea how long I would be required to stay, I opted for £5, just in case. Later one of the nurses was incredulous that I had taken the time to pay for the carpark. I don't know why I did. I think I was just going through the motions, doing what I would have done under normal circumstances, despite the fact that circumstances were about as far from normal as they could ever be.

The sound of my coins rattling through the pay machine seemed to echo loudly enough to wake anyone in the surrounding area. I winced at the noise. I walked across to the hospital's main entrance to find it locked and only then remembered that the nurse on the phone had said to come in through the Accident and Emergency Department. I think in the end I went in through the ambulance entrance.

Inside, the hospital was even more deserted and frightening. I avoided the busier waiting area of A & E and the rest of the hospital corridors were silent and echoed with my footsteps. I managed to remember my way to the ward where Marc was, my feet feeling heavier with every pace I took in that direction. If there had been any kind of choice at that point to run away and not face whatever was coming, I would have taken it.

Instead, I focused on placing one foot in front of the other until I reached the darkened ward. Taking a deep breath, I pushed open the door with no idea what I was going to find on the other side.

Trauma in the early hours

With you every step of the way- such a vivid picture of turmoil!

Yes - it certainly was Pauline. Thanks again for reading!

Wow! Just read from the beginning. How on earth did you manage to stay so calm and professional at work? I, and I'm certain others who are reading this blog, had no idea that you were in a living. I applaud you for staying so strong for Marc and keeping your children's lives so stable - you really are a remarkable woman and I'm proud to know you. xx

Thank you so much Sue. I think being in work helped to take my mind off things and distracted me, at the very beginning and then later in the September when things were still difficult but not quite so traumatic perhaps. I'm glad you have been interested reading it - I wanted to share the story as so many people were on the fringes of it but didn't actually know the specifics of what was going on. It means a lot to have old friends support me by reading the story - thank you again.

Clare, I am in tears as I am reading this week.
What a dreadful traumatic experience to go through.

It is so good to see Marc improving now.
You have such a lovely family and I am sure you have stayed strong together. God bless x

Thank you Anita. As always, your support is very much appreciated.